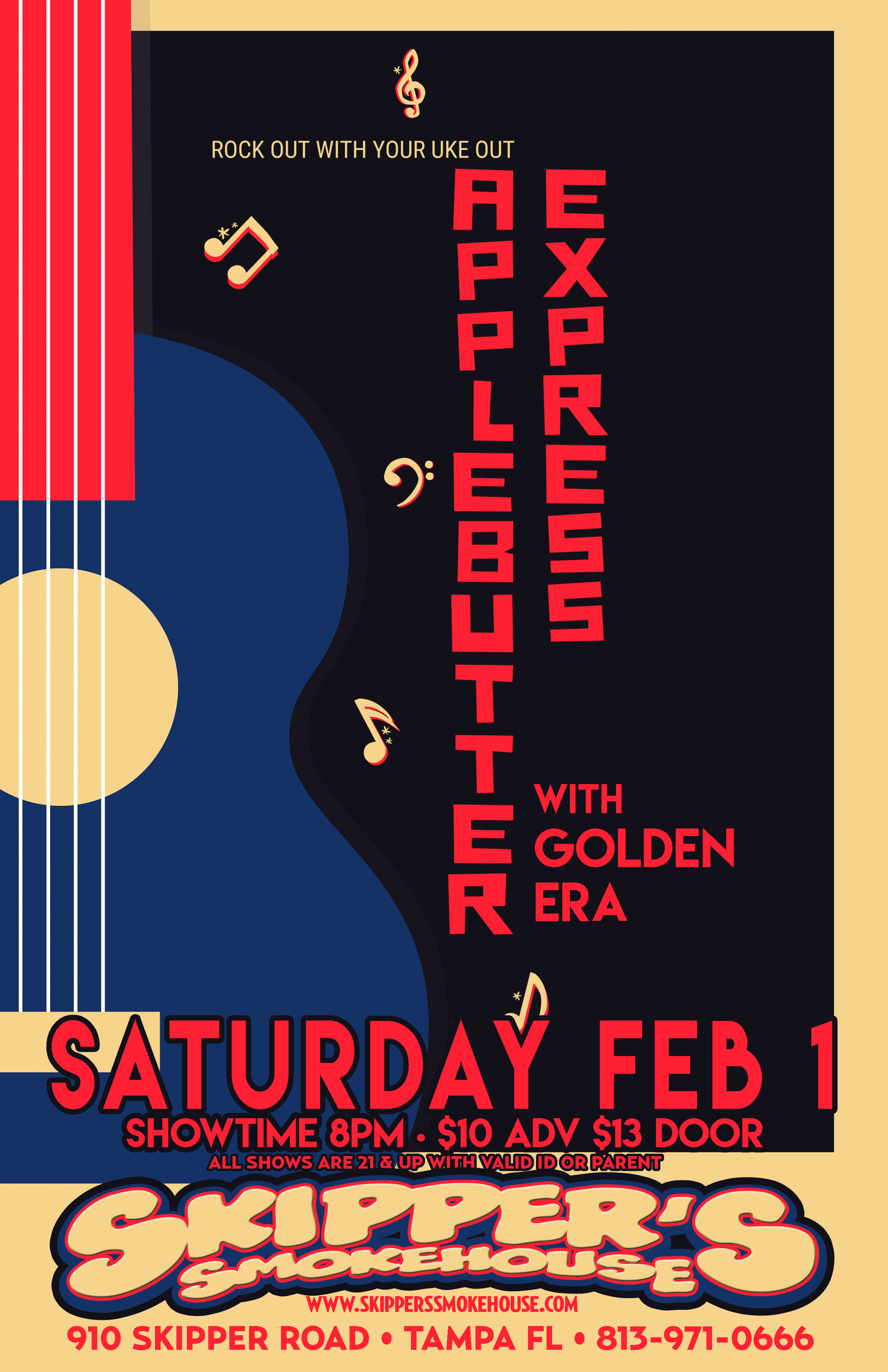 The band’s story begins in 2004, when Kyle Biss met his future wife Shannon while working at a record store in Bradenton, Florida. Still a focused bass player, Kyle picked up a ukulele in 2010 and began to write songs, with the idea of singing with Shannon (his then girlfriend) for fun on the couch. Pretty soon the duo began making a name for themselves among the open mic community; in no time, the eclectic, tuneful duo – now known as The Applebutter Express – were the talk of Tampa, Florida. Kyle and Shannon married in 2011, and in 2012 added Joe Trivette on the fiddle. Newest member, Zach Rogers (bass) joined in 2015.

Since then, The Applebutter Express has performed at such prestigious festivals as Bonnaroo Music and Arts Festival, Hulaween, Suwannee Springfest, and many others

w/ Golden Era Live and energetic hip hop band out of Seminole Heights Florida where the killer was straight popping off people but we weren’t scared. We made this music! https://www.facebook.com/GoldenEraAF/