Big Al and the Heavyweights – $5 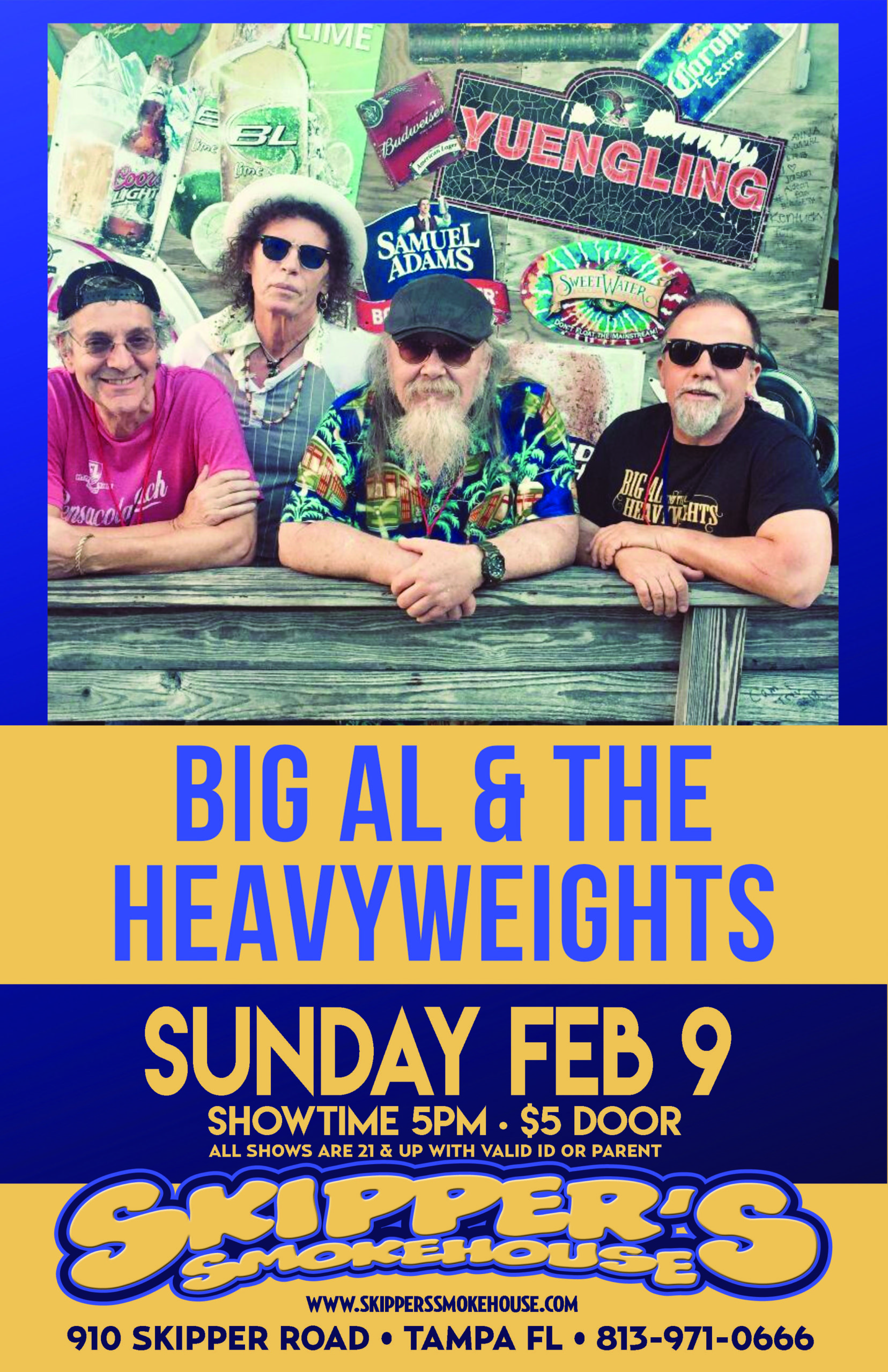 Big Al and the Heavyweights (BLUES)

Big Al and the Heavyweights began their musical journey in 1996 as the “Unknown Blues Band”. Founding members included Warren Haynes, who went on to become a driving force with the Allman Bros and later founded Gov’t Mule, Rick Gerken of Sweethearts of the Rodeo and of course, Big Al.

The band has recorded six CD’s of original material. Each of the CD’s have had songs featured as “Blues Breakers of the Week”, on original Blues Brother, Dan Aykroyd’s House of Blues Radio Show.

The band’s prolific songwriters have had their tunes recorded by many other artists. These would include Blues Grammy award winning artist and winner of the Albert King award, the late Michael Burks’s “Make It Rain”, Blues legend, the late great Earl Gaines’s “Why Can’t We Be Alone”, Johnny Jones and Charles “Mr Dynamite” Walker’s, “Wrestlin’ with The Blues” and Zydeco kingpin, CJ Chenier’s, “Eat More Crawfish”. The band performed three times on Chef Emeril Lagassee’s “Emeril Live” on the Food Network. They were the special musical guest on his Cajun Cooking Show, Creole Cooking Show and still one of the higest rated shows on cable tv , Emeril’s Mardi Gras Show.