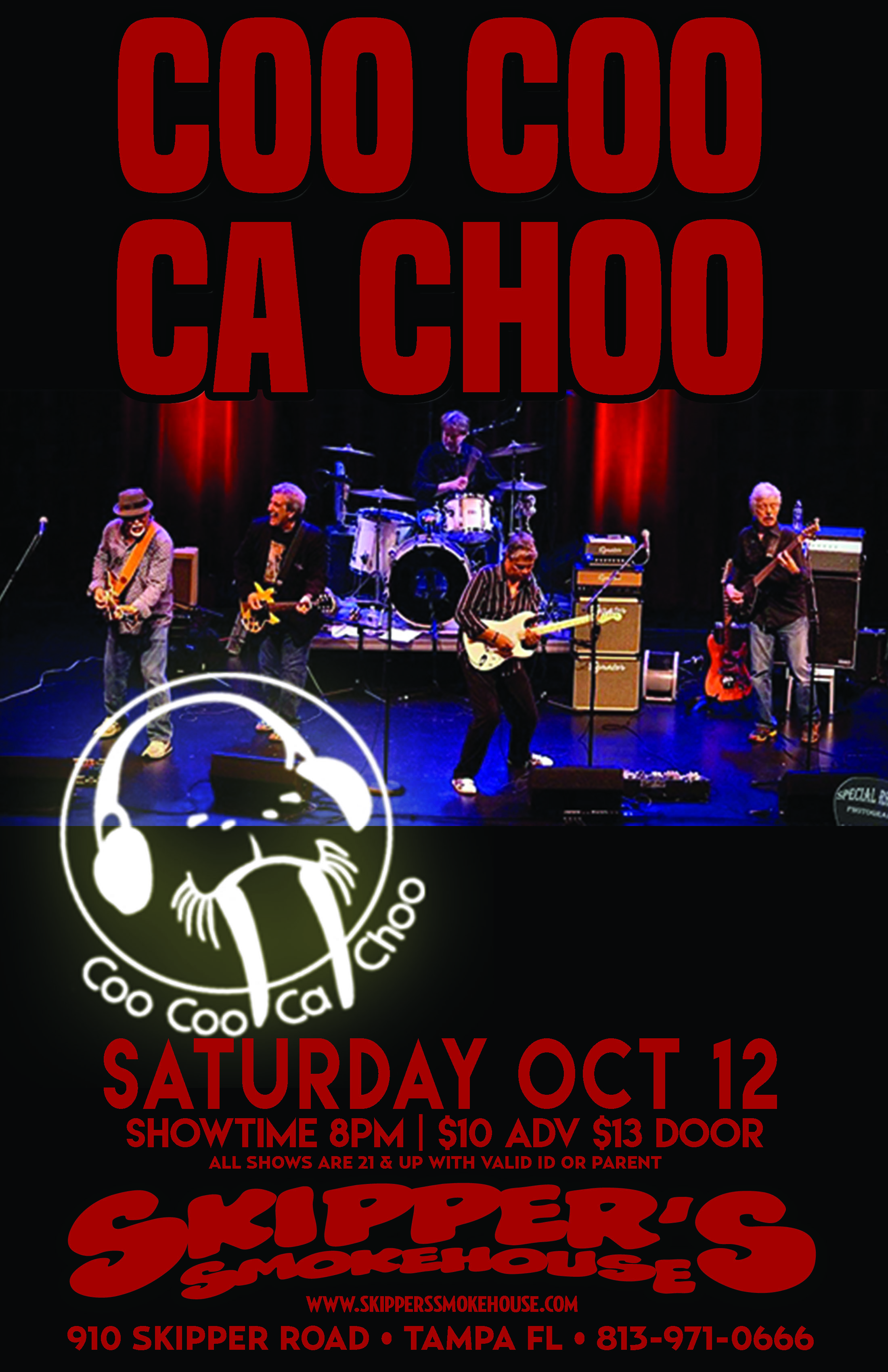 Coo Coo Ca Choo Coo Coo Ca Choo It starts with a casual conversation between old friends who all stopped playing music publicly, and professionally, because they could no longer stand either the music, touring, other unprofessional musicians, and the realization that it was no longer fun.
“Remember the days before music sucked?”
That was the question that raised our eyebrows. “How ‘bout when we first started getting paid for playing music?! We would have played for free. Just so we could meet girls?”
“Well, how about if we just put together a really good band that plays the songs that we used to love?” “Let’s be even more specific. Let’s play songs exclusively from the 60’s, that way we could play British Invasion stuff as well as the early Rhythm and Blues songs that made it all possible.” So began the venture that would result in CooCooCaChoo.
An effort of close friends for over 40 years, we wanted to reclaim our interest in the music that we enjoyed as teenagers. The problem was how do we find people like us, that have a passion for great music, miss performing, and will devote the necessary time to be in a serious band, who isn’t satisfied with being ordinary, and playing all of the “easy” songs that every other band plays. Well, now we remembered why we quit being full time musicians to begin with. We auditioned dozens of musicians that were either complacent, too lazy, too old, have no money, sold their equipment, or, not up to the musical challenge.
A year later… Rodney, Robin and Roy find Rodger. Tah-Dah! Now we have 2 guitarists, a singer, and a drummer. AND, we all sing! Hallelujah!  Our bassist, Danny trailed closely behind Rodger and we had our band. “This is the band I’ve always wanted to be in” said Danny. (We couldn’t get him to change his name to one that begins with the letter R). Well, looky here, now we have a great bass player. AND, we all sing! Hello 5 part harmonies! Instead of waiting for the elusive keyboard player that would meet all of our requirements, CooCooCaChoo decided that we would go out and begin playing. Our song list embodies our original concept, including songs by The Beatles, The Animals, The Beach Boys, Jimmy Reed, The Walker Brothers, The Fortunes, Hendrix, Cream, Sly and the Family Stone, The Young Rascals, Bobby “Blue” Bland, Steve Miller and on and on. http://coocoocachooband.com/index.html