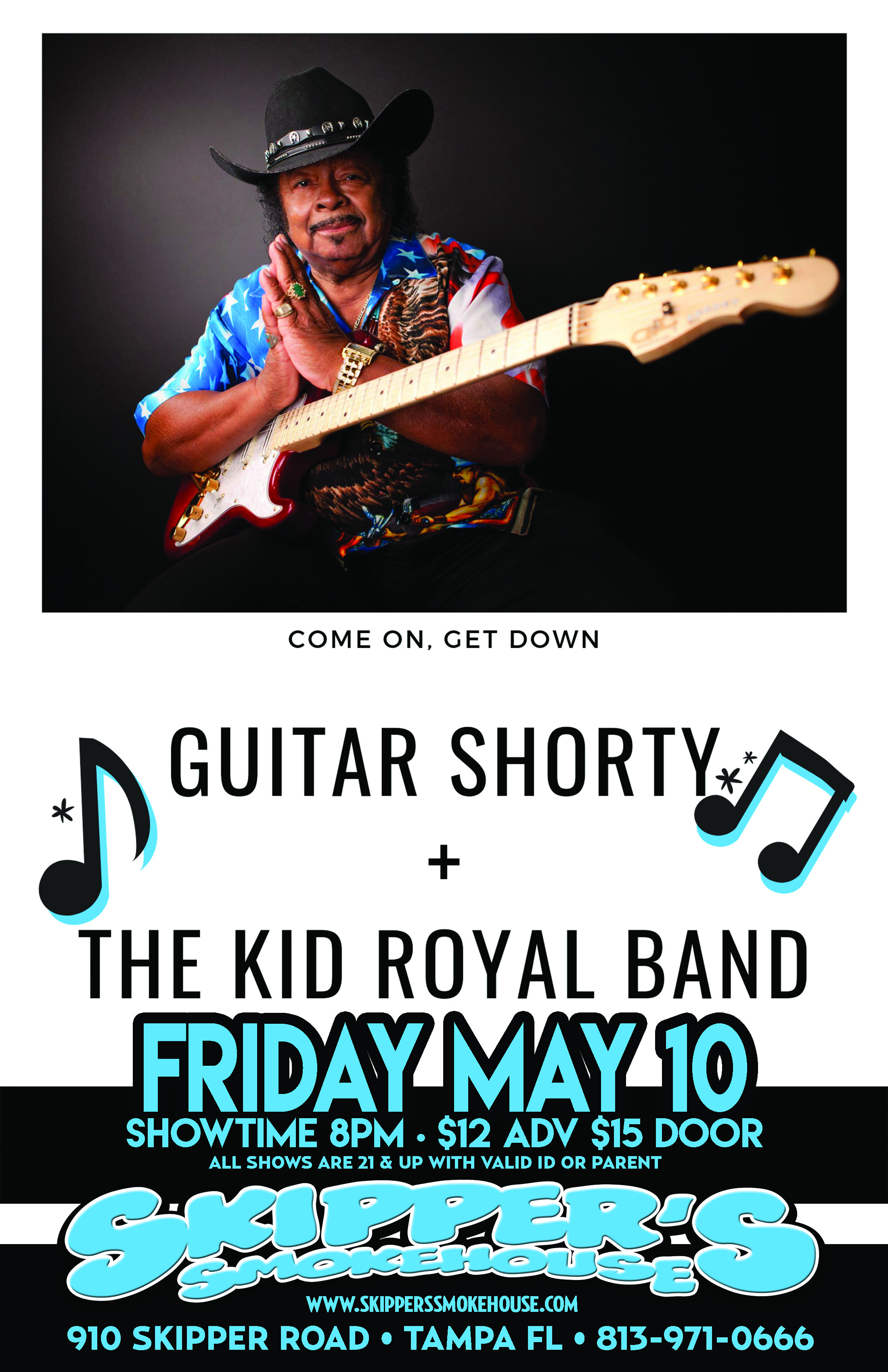 Guitar Shorty Legendary guitarist/vocalist Guitar Shorty is a giant in the blues world. Credited with influencing both Jimi Hendrix and Buddy Guy, Guitar Shorty has been electrifying audiences for five decades with his supercharged live shows and his incendiary recordings. Like a bare knuckled boxer, Shorty strikes with his blistering, physical guitar playing and his fierce vocals, connecting directly with body and soul. What really sets Shorty apart is his absolutely unpredictable, off-the-wall guitar playing. He reaches for sounds, riffs and licks that other blues players wouldn’t even think of. Amazon.com says his guitar work “sounds like a caged tiger before feeding time. His molten guitar pours his psychedelicized solos like lava over anything in his path.” The Chicago Reader declares, “Guitar Shorty is a battle-scarred hard-ass. He slices off his phrases and notes with homicidal fury. He is among the highest-energy blues entertainers on the scene.” Through the years, Shorty has performed with blues and R&B; luminaries like Ray Charles, Sam Cooke, B.B. King, Guitar Slim and T-Bone Walker. He started playing with these legends while still in his teens and recorded a handful of singles for a variety of labels and an obscure LP during the first 30 years of his career. After decades of paying his dues (like so many unheralded American bluesmen), it took a tour of England to establish Shorty’s fame in his home country. His recordings since then all received massive critical acclaim, and his renowned live performances have kept him constantly in demand all over the world. His 2004 Alligator Records debut, Watch Your Back, became his best-received, best-selling album to date. His 2006 follow-up, We The People, won the coveted Blues Music Award for Best Contemporary Blues Album Of The Year. http://www.guitarshorty.com

The Kid Royal Band Chris “Kid” Royal has been wowing audiences for over 20 years. He has shared the stage with such luminaries as Ronnie Earl and Jeff Healey. He has opened for countless others including Eric Burden and Peter Frampton. With a soulful and authentic blues feel Kid’s style is novel and refreshing among modern guitarists. Joined by seasoned veterans Vinnie Seplesky and Dennis McCarthy the band is making waves. With a highly anticipated recording in the works get ready to hear exciting things from the Kid Royal band. https://www.facebook.com/kidroyalband/