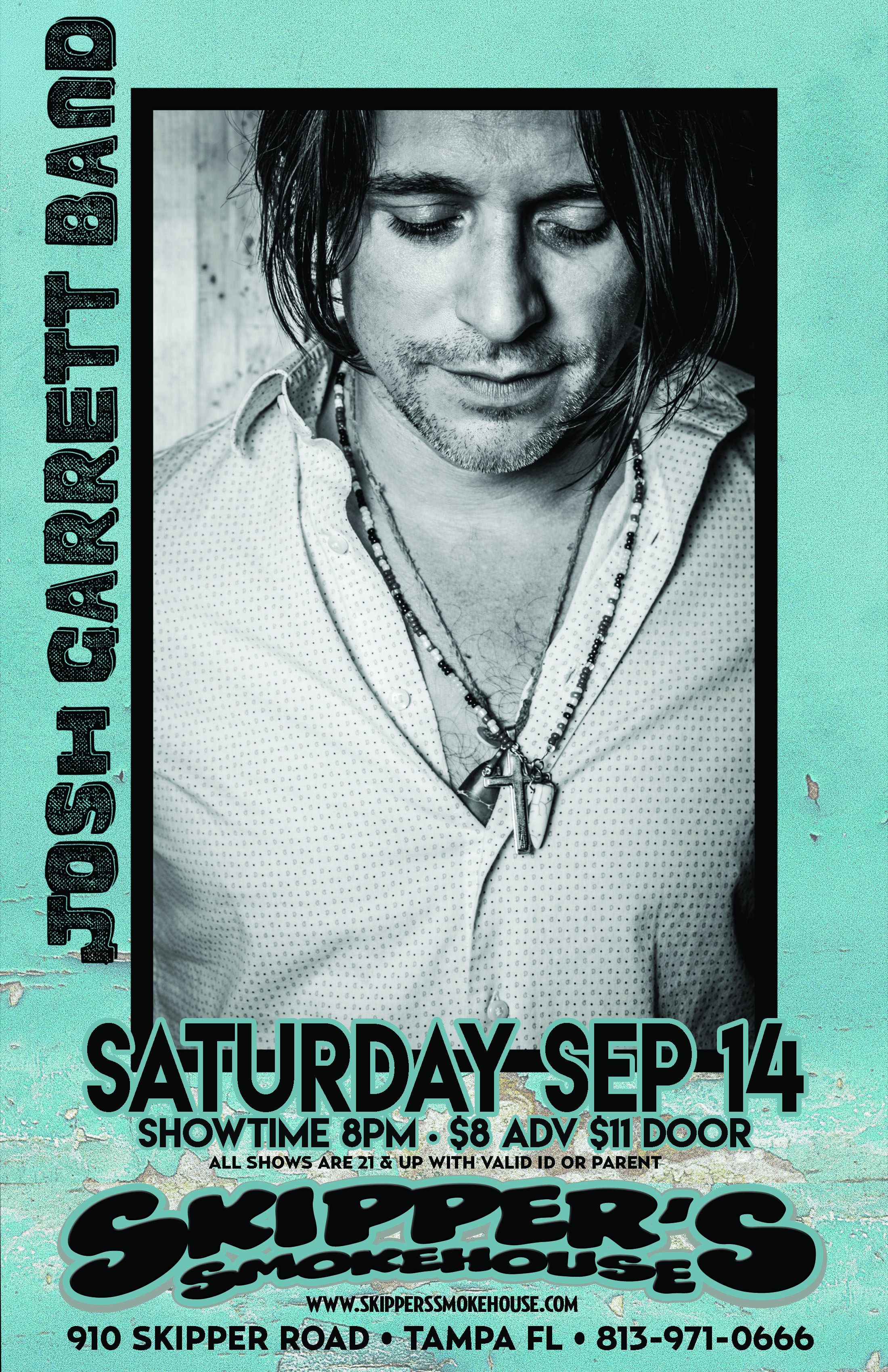 Josh Garrett is a songwriter, singer and guitar player from New Roads, LA.  He and his family relocated to  Houma, LA when Josh was a child.  Josh picked up his father’s guitar when he was 12 years old and started writing songs soon after.  By age 20, Garrett was performing several times a week in Houma, LA.   At age 24, he recorded his  first album entitled, “Changed Man” and never looked back.  Josh and his band started to travel regionally to promote his new album.   In 2008, he relocated to Nashville, TN.   While there, he recorded his second album, “Live on Printer’s Alley” – a double album released Nov 2009.   In 2010, Josh returned home to Louisiana, and began work on his third album.  “String of Problems”, released Aug 2011, hit #1 on the Roots Music Louisiana Blues Charts,  and hit the #1 Spot two weeks in a row on American Blues Scene “Blues Top Five”.   While continuing to tour and promote his unique brand of Louisiana roots and soul, Garrett recorded his latest album “Honey For My Queen”.

Josh still resides in his home state of Louisiana near Baton Rouge.