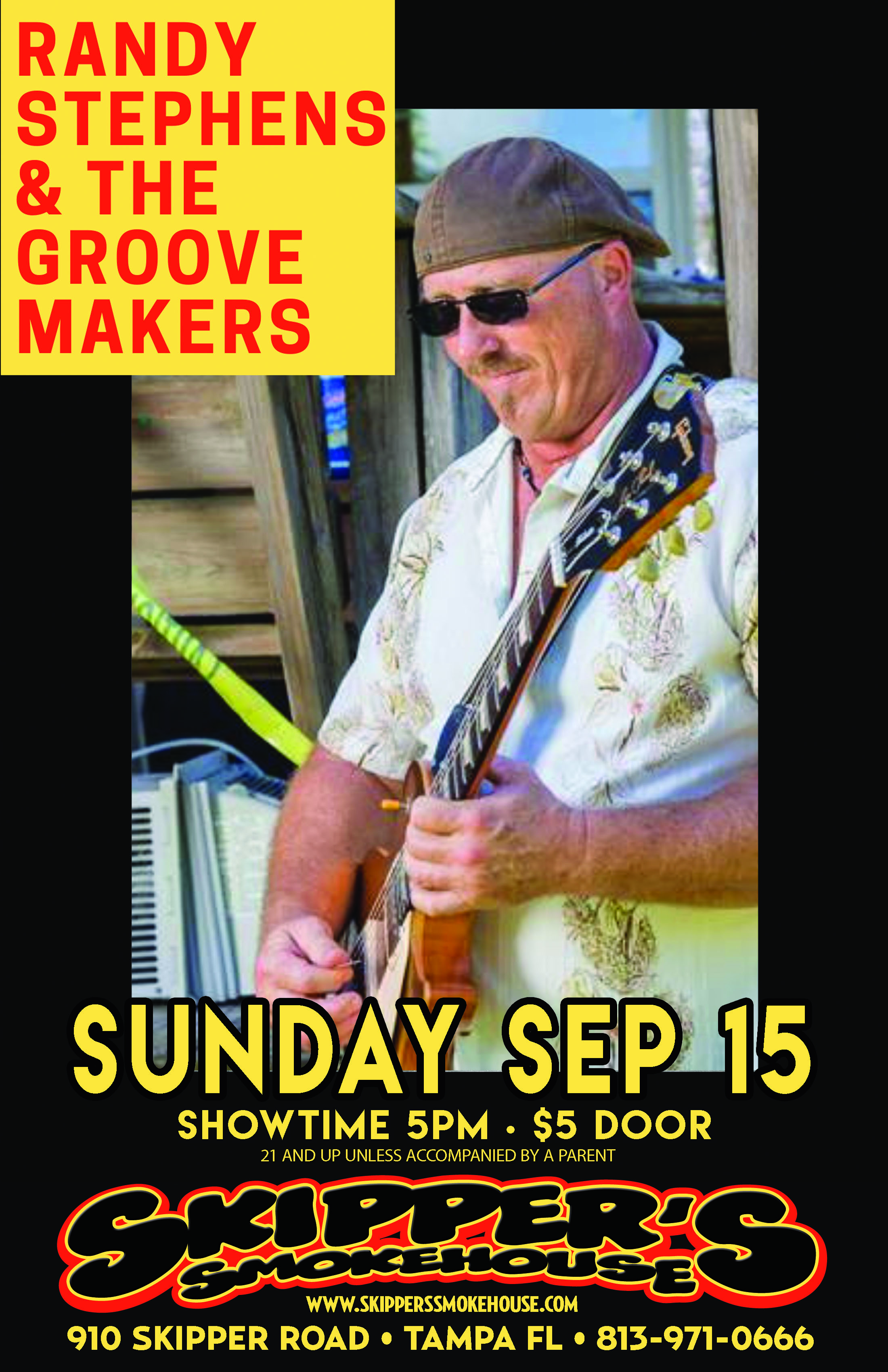 Randy Stephens Florida’s own Randy Stephens was born in 1966 Born in Panama City Florida, the same year the Temptations released “Aint too proud to beg”, and Jimi Hendrix formed his renowned Jimi Hendrix Experience.
A winner in the 2000 “Jam with Kenny Wayne Shepherd’s Contest for his lead guitar work on the song “In Too Deep” and in 1992 was asked for his Oregon band Mr. X to open for Eric Burden and the Animals. . . Randy first picked up the guitar in 1980 performing classic rock, blues, roots music and jazz and available as a 3pc and or solo for smaller venues performing over 100 cover songs and some original music. Randy Stephens currently lives in the Sarasota FL area