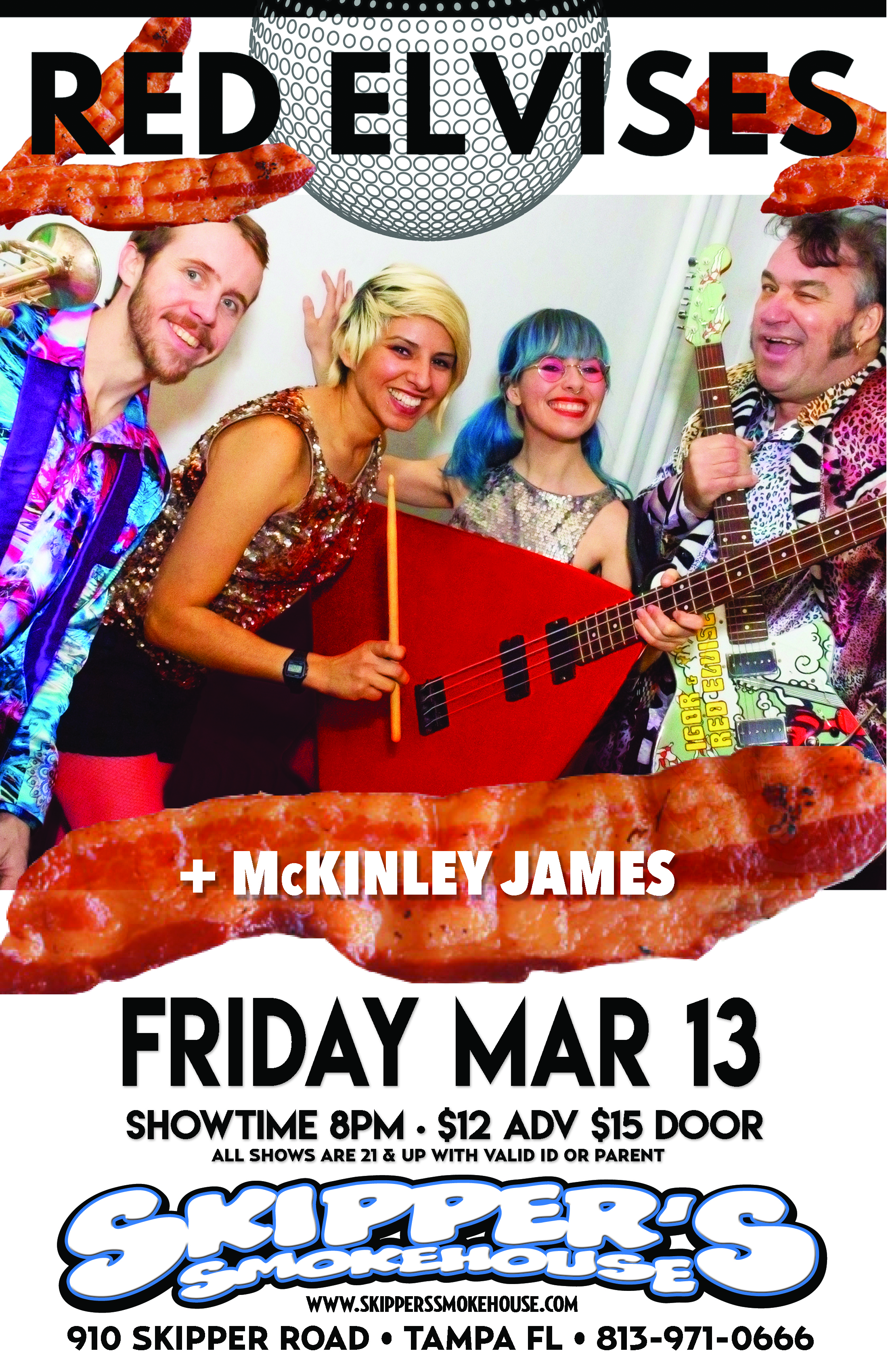 Red Elvises Igor Yuzov was born in Germany, raised in Ukraine and studied in Russia. He grew up in the former Soviet Union, where folk music was the norm and rock’n’roll was illegal. A rebellious streak, however, led him to seek out the forbidden music. As soon as it became possible, Igor left Russia for America with his “Folk’n’Roll” band Limpopo and was personally greeted by Ronald Reagan. In 1993, Limpopo won Ed McMahon’s Star Search and their popularity began to blossom. In 1995, Igor dreamed that Elvis Presley came to him and told him to start playing rock’n’roll. Igor and his Russian friends became Red Elvises and gave street performances on Santa Monica’s 3rd Street Promenade. As their crowds grew larger, the City of Santa Monica ordered them to discontinue their street performances. Evolving over the years, Igor’s music has been labeled “Siberian Surf Rock” which contains humorous lyrics and grooves that forces his audience to dance. Over the past 20 years, Red Elvises have constantly toured all over the world with occasional breaks to record new music and to participate in film and television projects.

As an independent band, Red Elvises have produced 12 studio albums, two live albums, a live concert DVD, and a Greatest Hits compilation. Some of their most notable film contributions include music and or performances in “Six String Samurai”, “Mail Order Bride”, “Armageddon”, “Skippy”,  “Melrose Place”, “Fastlane”, “Penn and Teller’s Sin City Extravaganza”, “VH-1 Behind the Music”, and “MTV”. Red Elvises have performed for large festivals, private parties, and played on massive stages such as 2005’s Live 8 Benefit Concert. No matter where they perform, Igor & Red Elvises always bring the party with them. https://www.redelvises.com

His father, drummer Jason Smay (Los Straitjackets, JD McPherson Band) helped raise McKinley in a very musical household.  He started on the Hammond organ at 7 but discovered his passion for guitar at 10.  His influences range from Link Wray to Freddie King and Otis Redding.  He started performing in Rochester blues and jazz clubs at age 13 and has performed with Chris Duarte, The Nighthawks, Joe Beard, and JD McPherson.   McKinley is also the face of the latest Eric Church album campaign, having starred in his music videos, and also appears on the album cover for Church’s latest record, Mr. Misunderstood.  McKinley  released his first EP, Live In Nashville.  Record in October 2016, at the Family Wash.  A second EP “By My Side” was release in the spring of 2019.