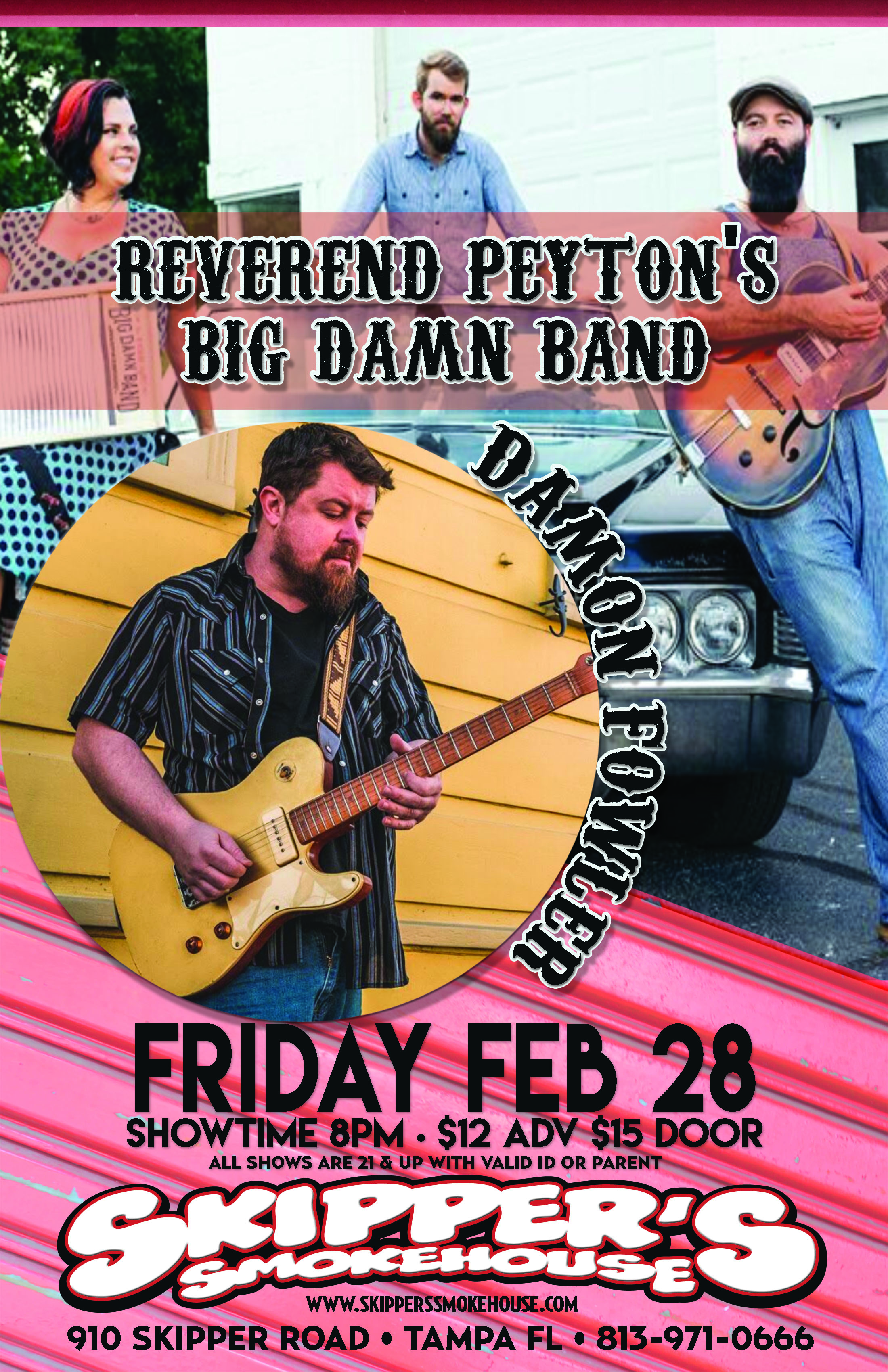 Reverend Peyton’s Big Damn Band The Rev and company fuse country, blues, hillbilly fervor with a youthful indie rock energy. With gritty growling vocals and striking finger picking, Reverend Peyton’s Big Damn Band is inspired by iconic bluesmen like Charley Patton and Furry Lewis. Like The White Stripes and The Black Keys, this energized band is able to translate the spirit of those seminal masters into the 21st century to an eclectic and rabid fan base. American Blues Scene recently had him on their cover and declared, “Like the Rolling Stones in the 60’s, Reverend Peyton is bringing young music fans back to the blues.” http://www.bigdamnband.com