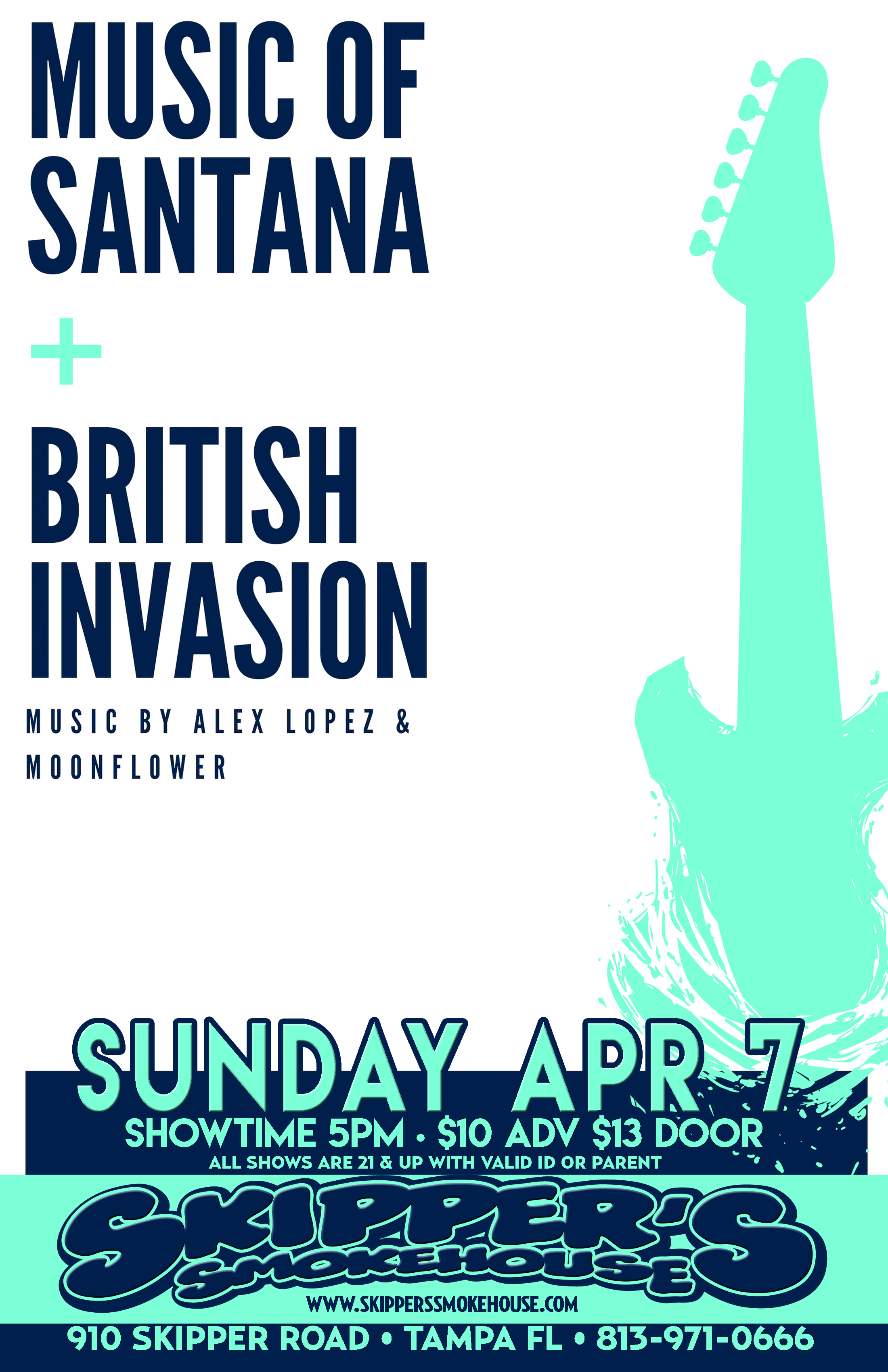 Two great bands share the stage as they pay tribute to the music that helped form a generation…and change music forever.

The music and rhythms of Carlos Santana come alive as they are perfectly performed by Moonflower in this amazing tribute concert. Hear all of Santana’s greatest hits played by these master musicians as they flawlessly recreate the sound, feel and show of this Latin rock icon and immerse yourself in the “Spirit of Santana”

Acclaimed International recording artist Alex Lopez and his band The Xpress will perform the classic British blues that started a music revolution along with music from his own award winning albums. Hear music from such British blues greats like Eric Clapton, Cream, Led Zeppelin, Gary Moore, Jeff Beck and many more…and Discover why music critics are saying Alex will rejuvenate the blues for the next generation and fans call his shows a can’t miss high-energy concert event.