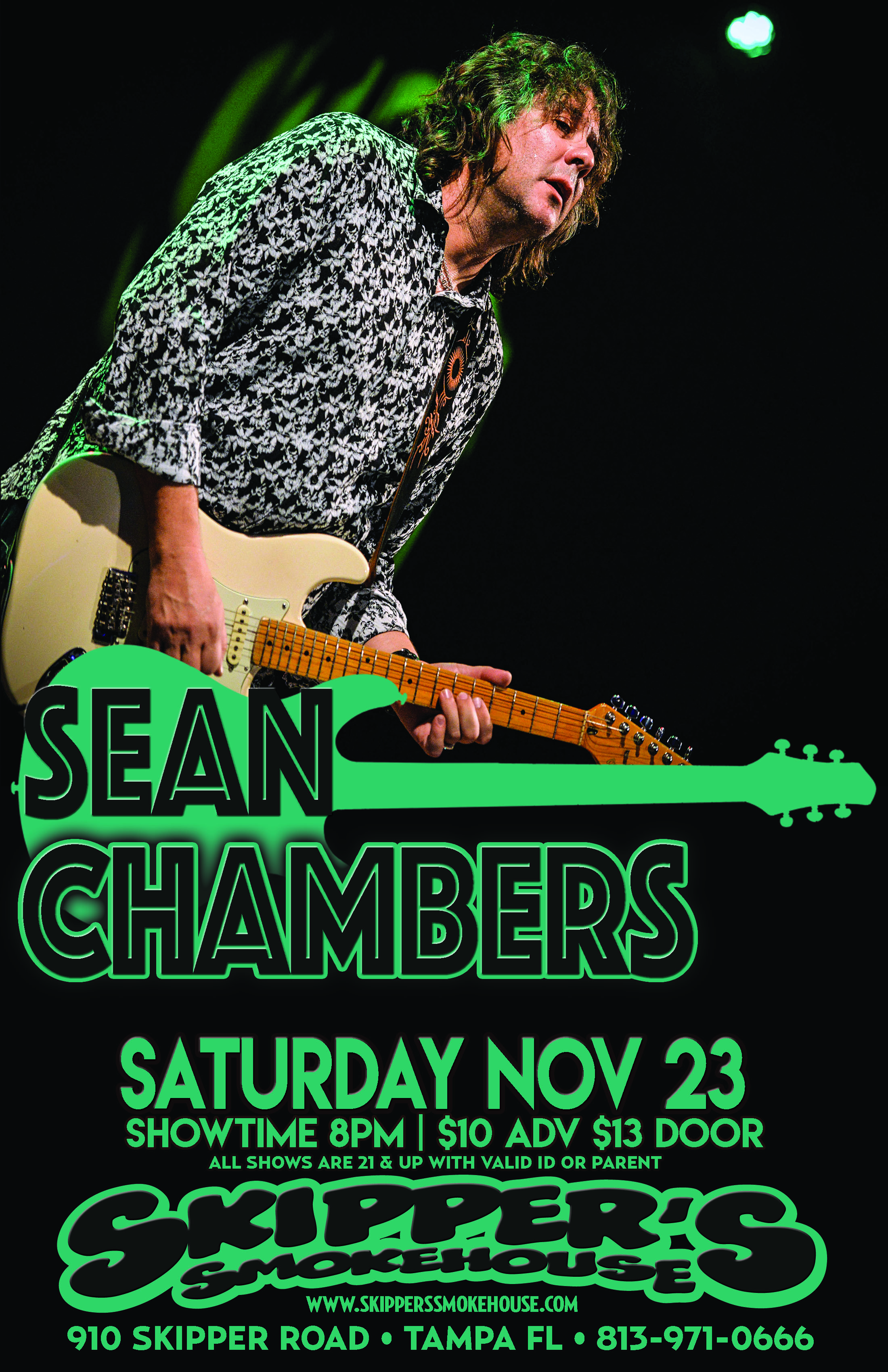 Sean Chambers Band (BLUES)”Guitarist Chambers achieves the distinctly American blues/soul/country/rock sound that the Stones used to aspire to long ago.” – Jerry Shriver, USA TODAYFlorida born Sean Chambers began his career in the Blues back in 1998 when he toured with the legendary Hubert Sumlin as his guitarist and band leader until 2003. During Sean’s tenure with Mr. Sumlin, Britain’s own Guitarist magazine named Chambers as “One of the top 50 blues guitarists of the last century.”In 2009, Chambers went into the studio to record his most critically-acclaimed album, Ten Til Midnight.On March 17th 2017 Sean Chambers will release his newest album entitled “Trouble & Whiskey” on the American Showplace Music label. The album is produced by Ben Elliott who has recorded classic artists such as Eric Clapton, Keith Richards, Billy Gibbons and Les Paul among others. The core band on the album aside from Sean on lead vocals and lead guitar includes Michael Hensley on Hammond B3 & keyboards, Todd Cook on bass and Kris Schnebelen on drums. Special guests include Jimmy Bennett on guitar on track #8, John Ginty on Hammond B3 on track #4, and Andrei Koribaniks on percussion on tracks #1 and #7.Trouble & Whiskey features 10 tracks which include 7 new original Sean Chambers compositions, and 3 well chosen covers including “Bullfrog Blues” by Rory Gallagher, ‘Cut Off My Right Arm” by Johnny Copeland and “Be Careful With A Fool” by Riley B. King/Joe Bihari.Sean Chambers currently resides in Southwest Florida with his wife Karen who handles his merchandise sales while on tour.  www.seanchambers.com