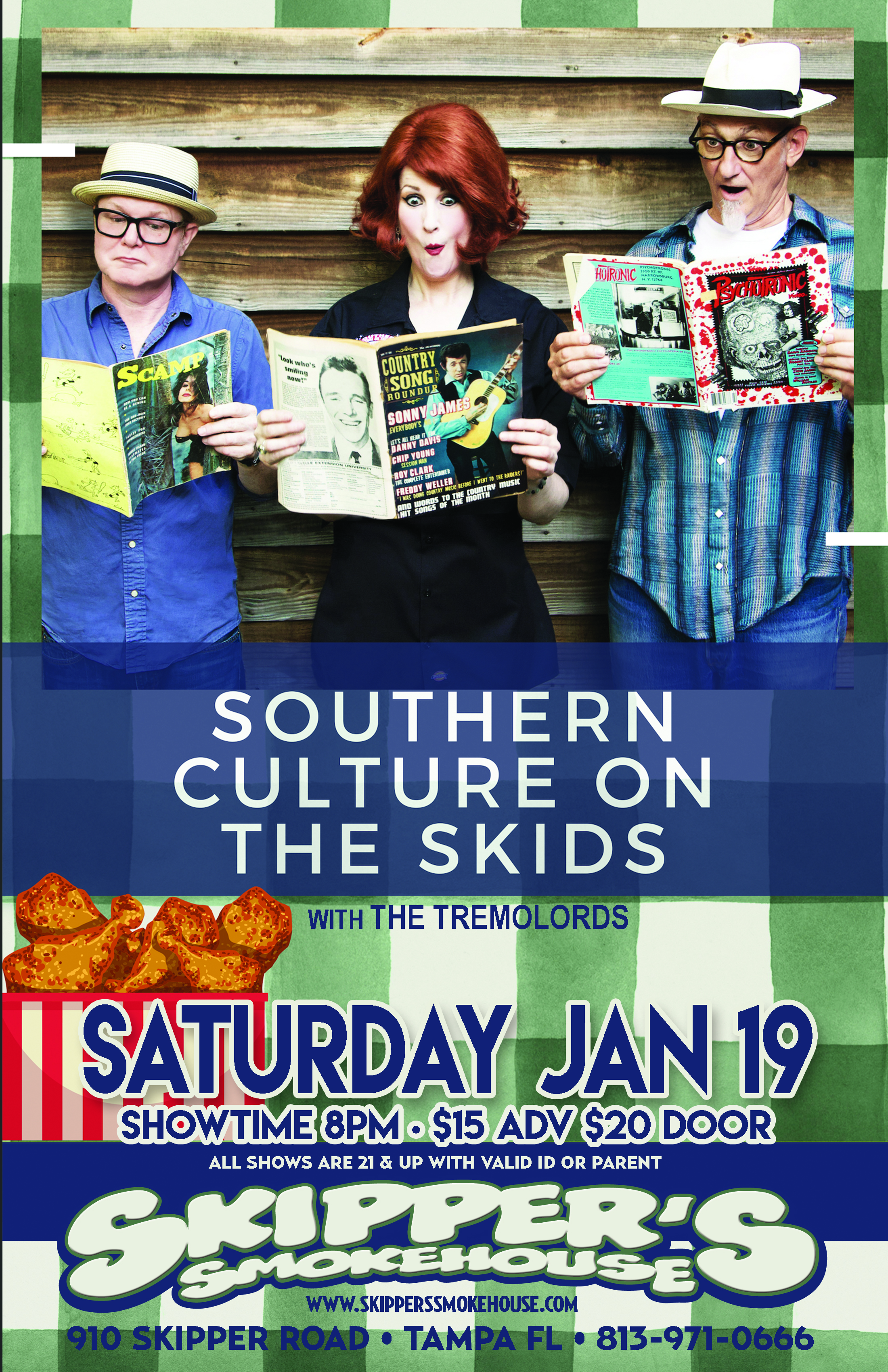 Southern Culture On The Skids has been consistently recording and touring around the world since its inception in 1983, when Rick Miller was a grad student at UNC-Chapel Hill. The current lineup (Dave Hartman – drums; Mary Huff – bass and vocals; Rick Miller – guitar and vocals) has been playing together for over 30 years. The band’s musical journey has taken them from all-night NC house parties to late night network talk shows, and from performing at the base of Mt. Fuji in Japan to rockin’ out for the inmates at NC Correctional Facilities. Their music has been featured in movies and TV, and used to sell everything from diamonds to pork sausage, and their legendary live shows are a testament to the therapeutic powers of foot-stomping, butt-shaking rock and roll.

Bootleggers Choice is the brand new album from Southern Culture On The Skids. The album features 16 all-new recordings of the most requested songs from the bands long out-of-print major label releases, Dirt Track Date (1995) and Plastic Seat Sweat (1997), plus a re-mastered edition of the original 1991 recording of “Camel Walk” from the Santo Sings EP. These 16 new recordings were tracked and mixed by Rick Miller and the original engineer/producer of Dirt Track Date and Plastic Seat Sweat, the one and only Mark Williams, at Ricks rural NC studio (and SCOTS clubhouse) The Kudzu Ranch. Double LP, CD, and digital available for pre-order Sept 14th, in stores Nov 16th. http://www.scots.com