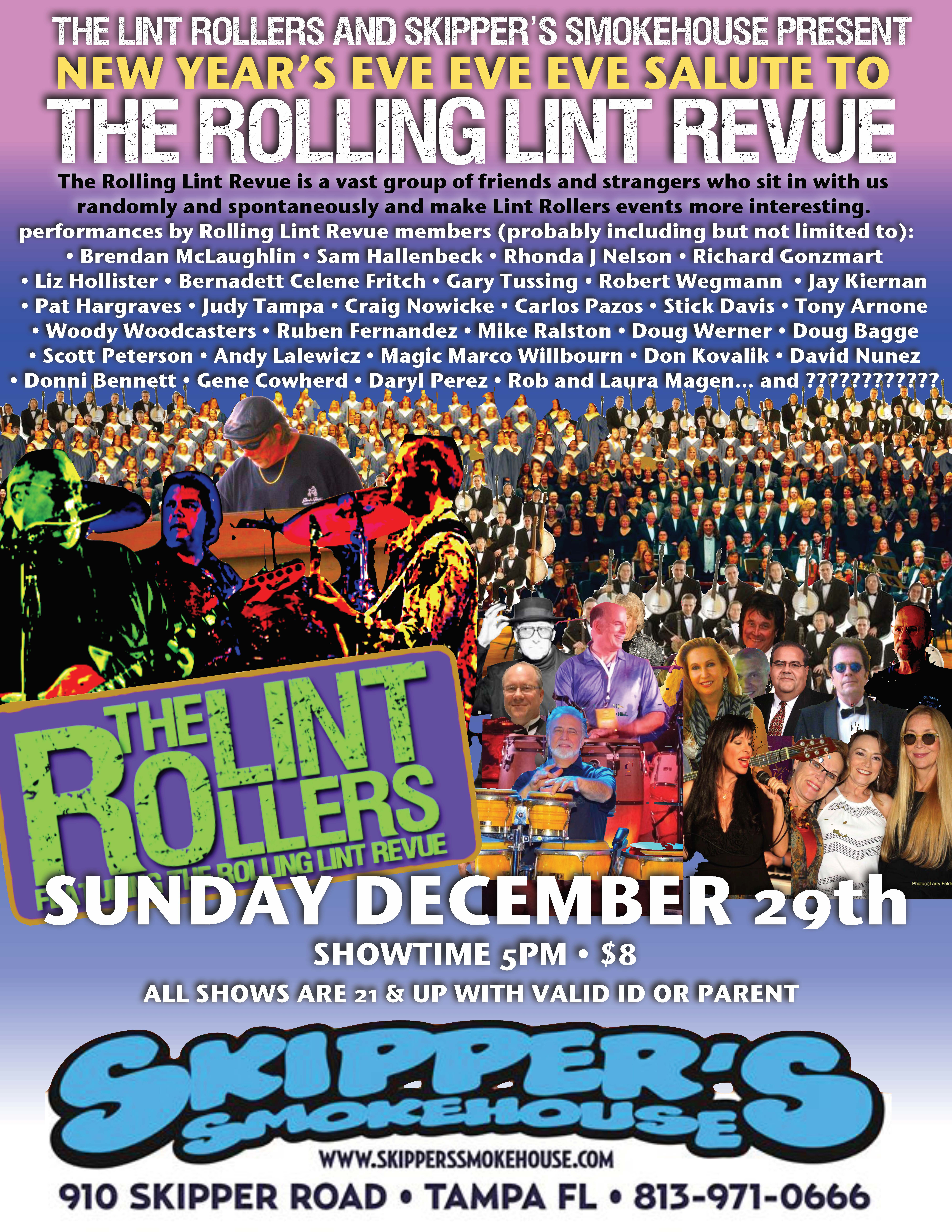 Formed in 2006, THE LINT ROLLERS could be accurately described as a “nouveau-garage band” generating lotsa raw (though somewhat middle-aged) energy. We pretty much stick to music we love to play, regardless of categorization (mostly “classic” pop, rock & blues), and generally play material that you remember, but didn’t think to ask for. Although we’re frequently and randomly joined onstage by a talented assortment of musician friends, at its core the band is a trio, featuring Mike Cusumano on drums, George Valaes on bass and Joey Donovan on guitar. At most events, we’re fortunate to have Dennis “Torpedo D” Toerpe on the B3 organ. He’s in high demand (and we don’t pay very well) so we still call ourselves a trio, just to play it safe….