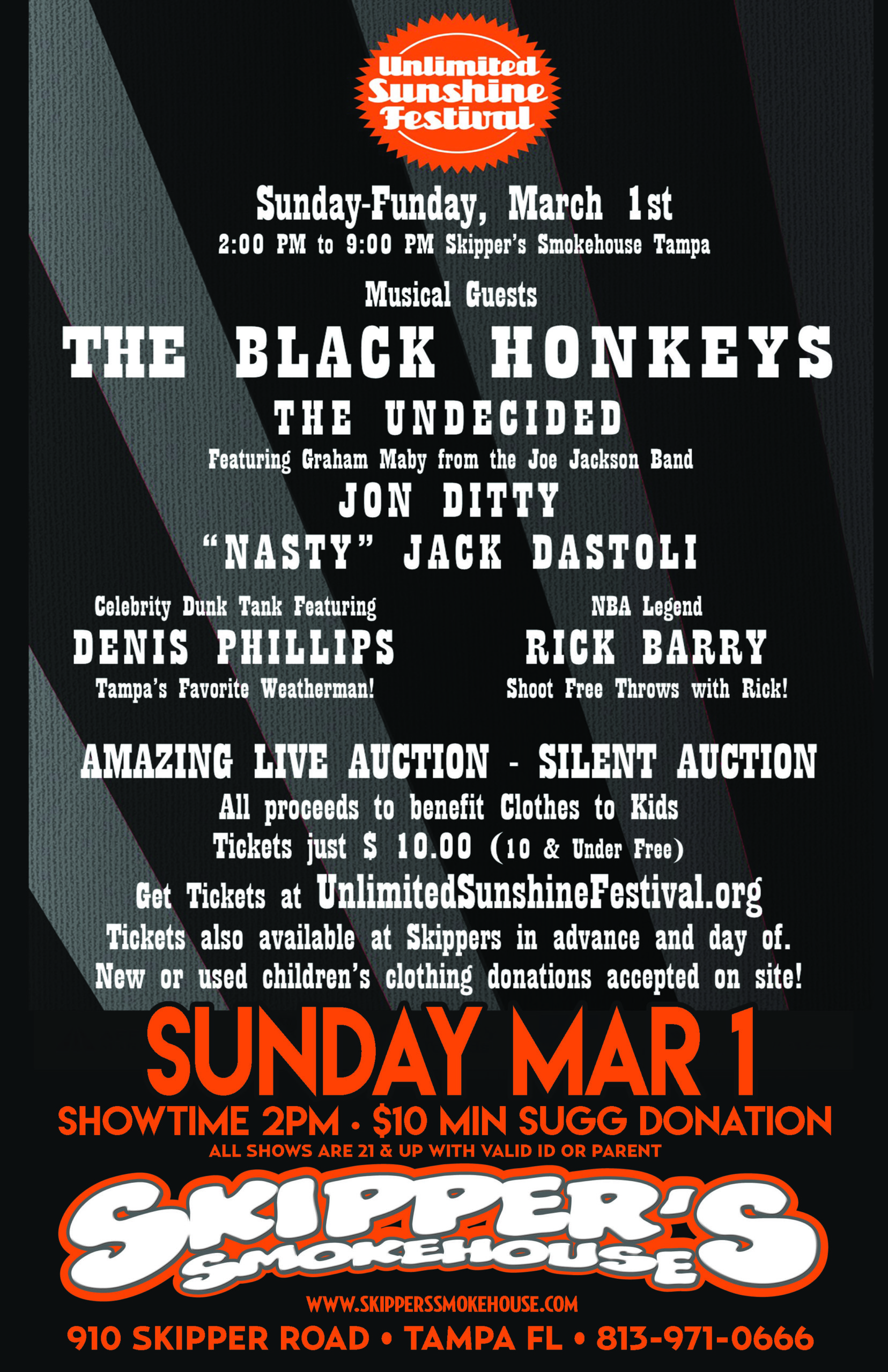 Musical guests will include The Black Honkeys and The Undecided, featuring Graham Maby from the Joe Jackson Band, Jon Ditty and “Nasty” Jack Dastoli. Denis Phillips, Tampa’s favorite Weatherman, will occupy a “Celebrity Dunk Tank”, and attendees will be able to shoot some free throws with NBA Legend, Rick Barry.

Both a Silent and Live Auction will be featured, and all proceeds will benefit Clothes to Kids, Inc. A 501(c)(3) nonprofit organization that provides new and quality used clothing to low-income or in crisis school-age children, free of charge.

The event is hosted by Harry’s Foundation, also a volunteer-driven 501(c)(3). Harry Stout was a seventh grader who passed mysteriously in November of 2004. Since that time, family and friends have kept his memory alive and worked to make life better for those less fortunate. “Our devotion and effort continue to be motivated by the compassion and generosity of the foundation’s namesake,” said Joe Stout, Harry’s Father and Executive Director of Harry’s Foundation.

“When Harry was nine, he took what amounted to half his net worth and bought a struggling classmate a pair of new shoes. He placed them in his locker anonymously forgoing the recognition and accolades associated with doing something so kind. Harry knew he had everything that was truly important; he had a family that loved him unconditionally, great friends, and the belief that anything was possible.”

This why we chose “Clothes to Kids” to receive all proceeds from the Unlimited Sunshine Festival.