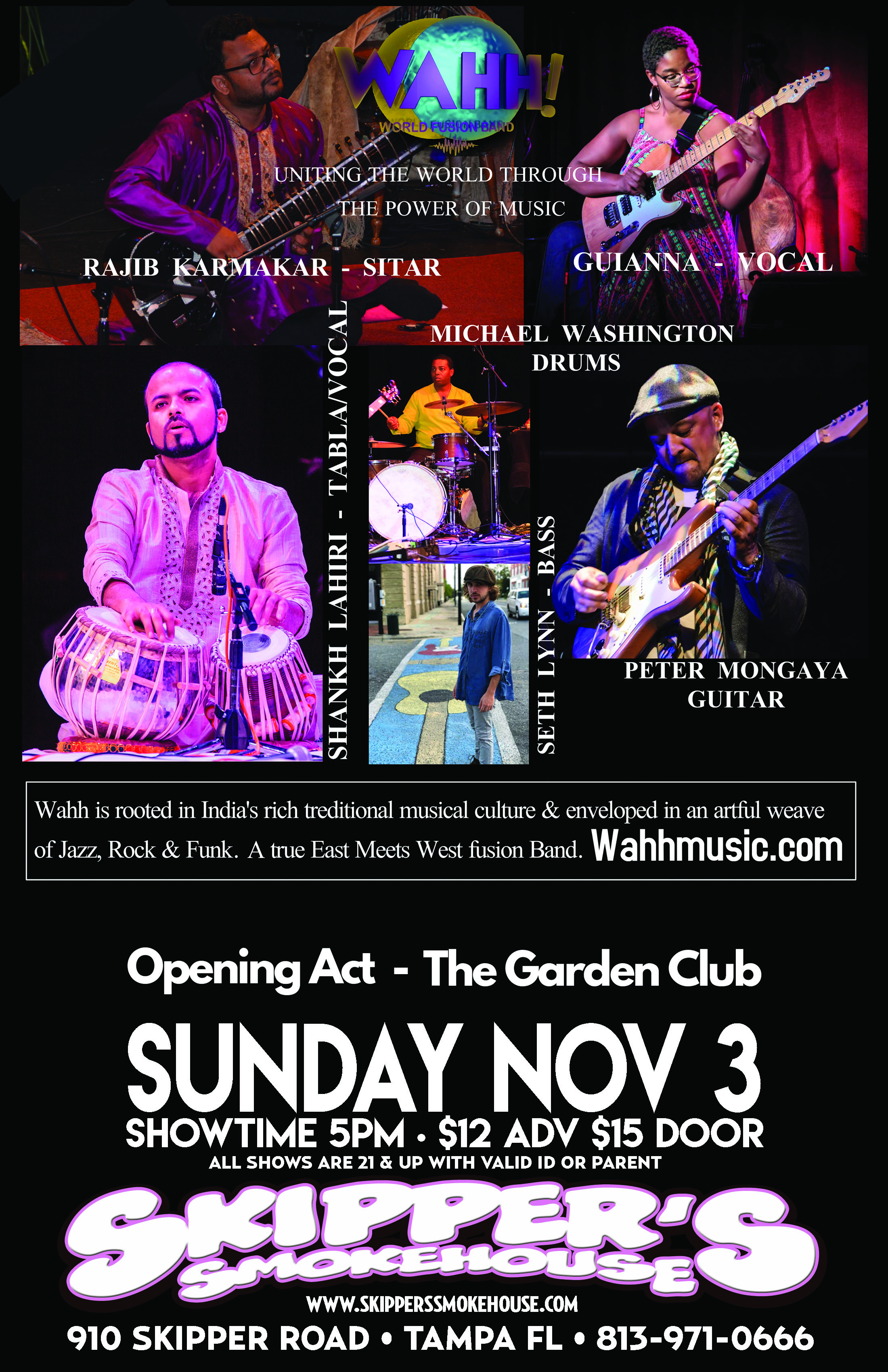 WAHH World Fusion BAND – ‘Best of the Bay’ awarded WAHH WorldFusion Band is a spectacular blend of ‘East meets West’ in true Fusion Music style. Trailblazers of a unique and multiform sound, WAHH is rooted in India’s rich traditional musical culture and enveloped in an artful weave of Jazz, Rock and Funk.

Tabla Maestro, Vocalist, Multi-Percussionist and Composer Shankh Lahiri formed ‘WAHH World Fusion Band’ out of his desire to combine his traditional musical origins from India with his current and contemporary musical explorations from the West. In addition, Shankh’s deep appreciation of other Cultural Music from around the world inspired his organization of the band. WAHH’s band members are all highly skilled and seasoned musicians that seamlessly weave their musical expertise into a symbiotic and tightly intertwined musical design. Joining Shankh,

WAHH features the amazing Peter Mongaya on Guitar, with jaw-dropping guitar licks and solos, the innovative and stunningly agile Rajib Karmakar on his incredible Sitar , the expertly diversified Michael Washington on Drums and Percussion, highly creative Guianna on Vocal and Young talented Seth Lynn on Bass.

WAHH World Fusion Band debuted their first performance in Tampa in 2009. From that day on, WAHH! World Fusion Band quickly exploded onto the scene. Since then they have performed at prestigious venues and the Music Festivals throughout the United States such as ‘South by South West’ Austin, Gasparila Music Fest, India Fest Milwaukee and Richmond, ‘The House of Blues’ and ‘The Mint’ in L.A, Rockwood Music Hall, Silvana and The Shrine in New York City, Straz Center of Performing Arts and many more.

w/Garden Club Band ( The Garden Club are one of the south west’s finest rock and indie covers band playing everything from Abba to ZZ Top, Aerosmith to the Zutons)