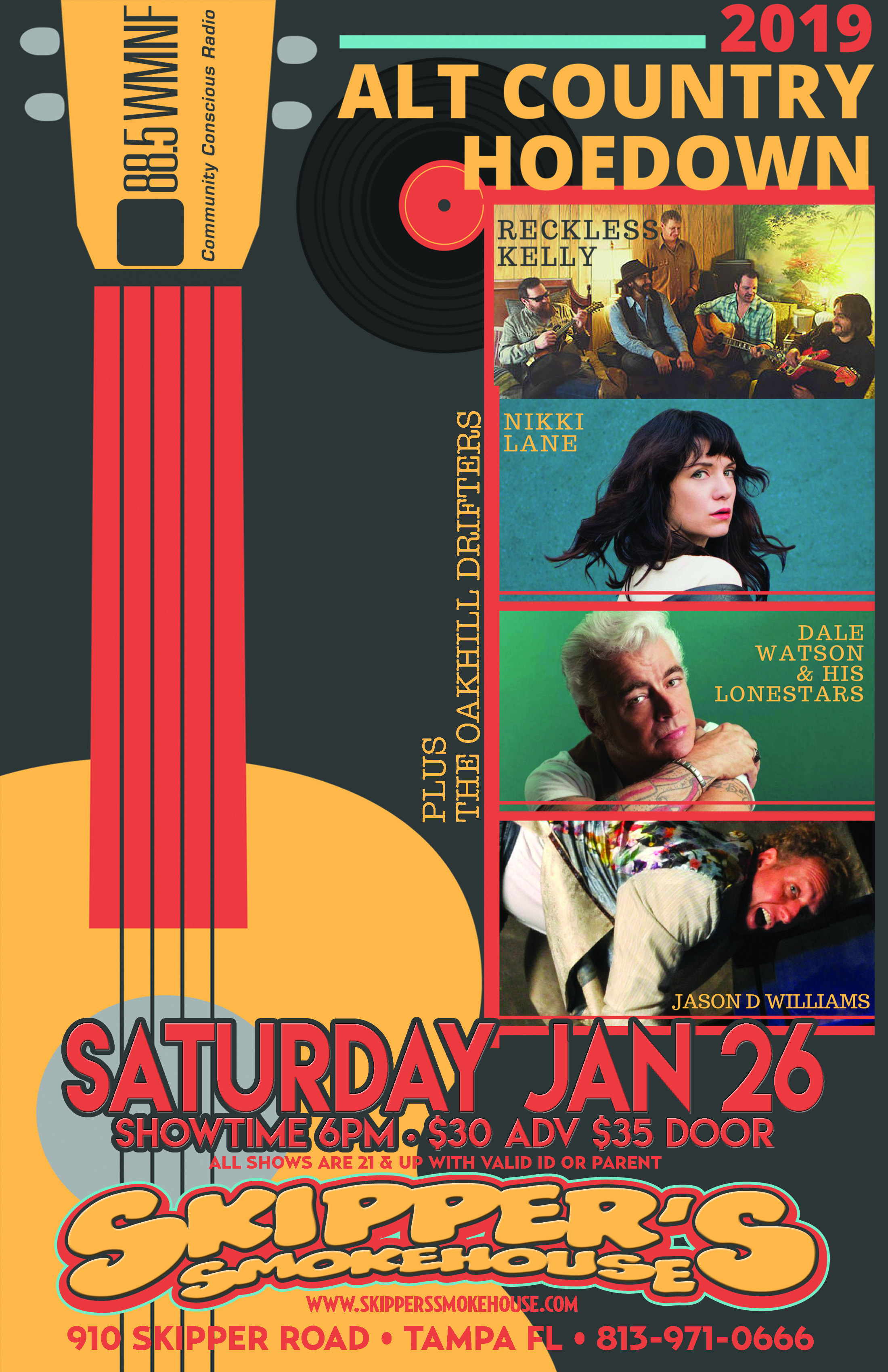 Reckless Kelly  –     It’s been twenty-one  years since WMNF was introduced to Reckless Kelly at our one and only Lone State Music Festival – held in Vinoy Park.    Two decades later, Reckless Kelly continues to be WMNF favorites while they have gained wider recognition, with  fans critics, and new convertees singing  praises.   Their string of critically acclaimed albums have set a standard of reliable excellence and commitment to an instinctive vision of Americana.  As a live band, Reckless Kelly  has toured coast to coast relentlessly, demonstrating longevity in a world where trendy newcomers are proclaimed the Next Big Thing by spinning a couple of pop hits.   They make it the way they like, confident that what they love, what excites them, will also gain traction with thousands and thousands, perhaps even millions, of passionate fans.   Reckless Kelly is, by the best possible definition, a great band. 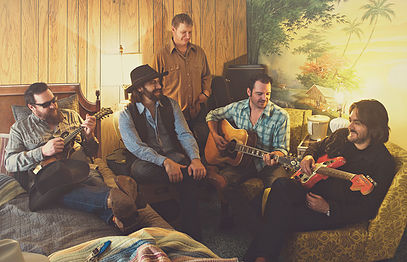 Nikki Lane!  Nikki Lane’s first WMNF event was in 2011 when she headlined our Americana Fest at the time her debut album was the #1 Americana album.   Now with three dazzling albums,  the young Nashville rebel is gaining recognition as one of country and rock’s most gifted songwriters.  Blending potent lyrics, unbridled blues guitars and vintage Sixties country-pop swagger, Lane’s music resonates as easily with Black Keys and Lana Del Rey fans as those of Neil Young and Tom Petty. A Greenville, South Carolina native, Lane is a unique songwriter who didn’t take the traditional country artist path. Her backwoods roots are undercut by her chosen career as a fashion entrepreneur (she’s the owner of vintage clothing boutique High Class Hillbilly in Nashville) who has lived – and been heartbroken in – Los Angeles, New York and Nashville. So it’s no surprise that her music seamlessly crosses musical genres with lyrics steeped in the doomed perseverance only a true dark horse romantic knows. 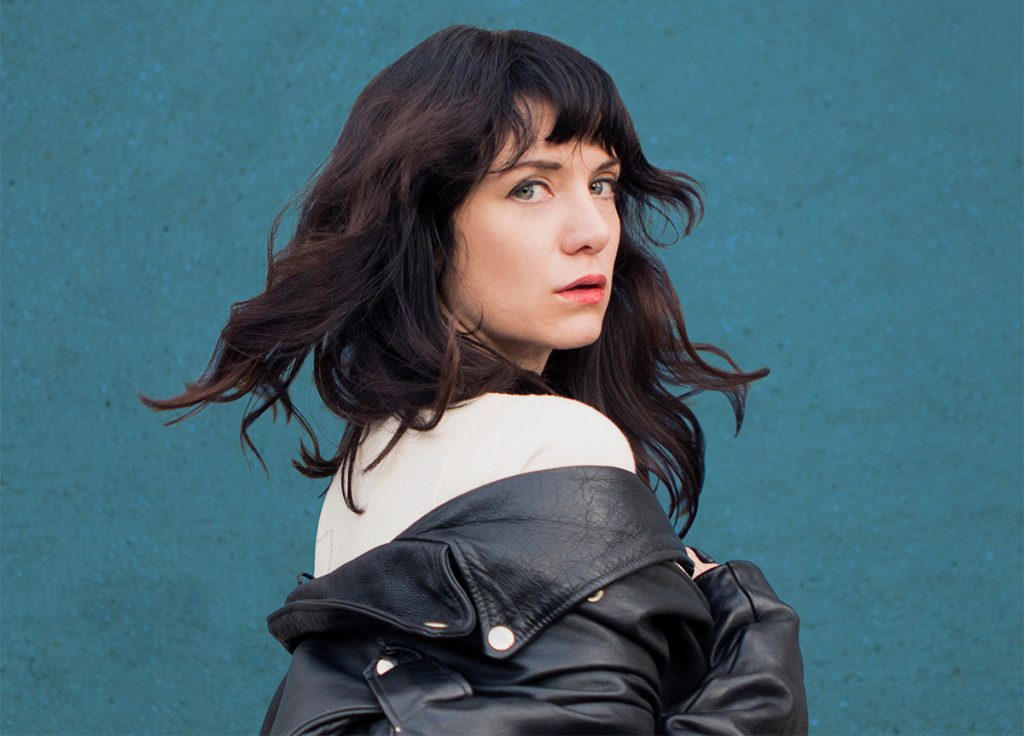 Dale Watson and his Lone Stars!   the tattoed, stubbornly independent outsider who insists on making authentic country music.   Dubbed “the silver pompadoured, baritone beltin’, Lone Star beer drinkin’, honky-tonk hell raiser” by The Austin Chronicle, Watson is a veteran touring artist and consummate entertainer who is on the road more than 300 days a year.  An outspoken proponent of classic honky-tonk for over two decades, Watson has christened his brand of American roots music “Ameripolitan” to differentiate it from the current crop of Nashville-based pop country. In 2014, he founded the Ameripolitan Awards in Austin each February to recognize the best in Honky-tonk, Outlaw Country, Rockabilly and Texas Swing music. 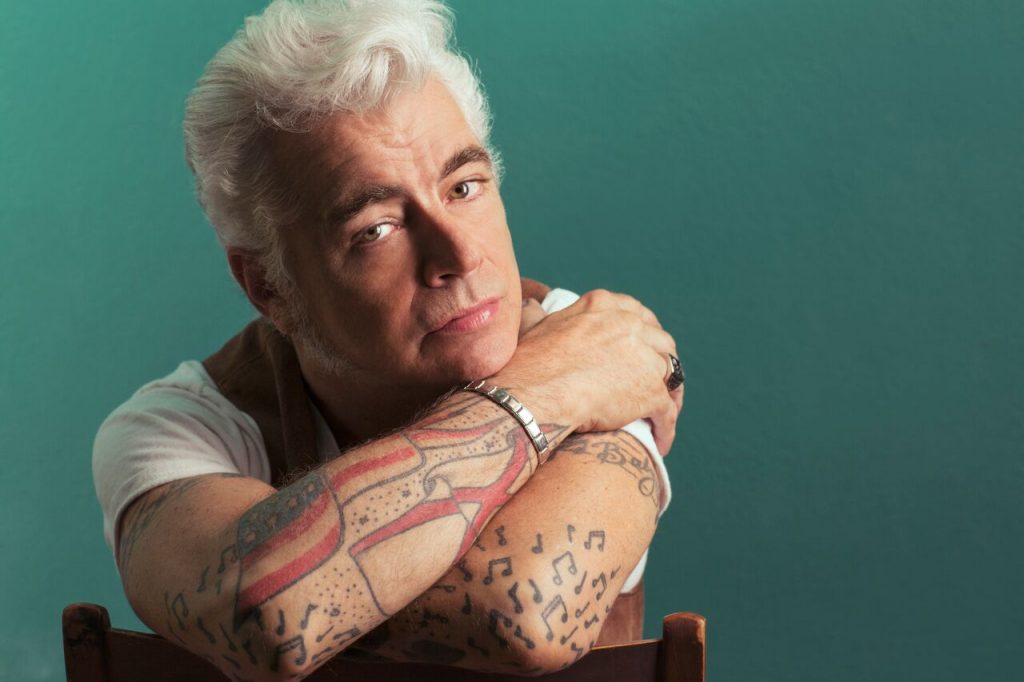 Jason D. Williams    Enthusiastic, reckless, stormy, rock & roll in its natural state … This explains why the Kansas City Star Pronounced Jason D. Williams as “the past and future of rock & roll.” The Beacon Journal dubbed him as “The worlds greats piano player.” Most importantly he reminds you of why you got into rock & roll in the first place, to get a little wild.     After seeing a live show there will be no doubt why fans and critics alike agree with that summation of the dynamic piano player from Memphis. Jason D. has the same musical innovation and on the edge attitude as Jerry Lee and Elvis.   Jason is on the road over 200 days a year playing to crowds in every setting, from clubs to amphitheaters and corporate sponsored events. Jason D. is unique, talented and full of raw energy. This is one act you have to see and hear to believe.

Oak Hill Drifters   –    The love of early 20th century American roots music is very apparent with Oak Hill Drifters, who are based out of Orlando.  Their music and performance echos the 1940’s – 1960’s paying homage to some of the great music writers and innovators of rockabilly, western swing, jump blues, country and the foundation of R&B.     The band’s current iteration was formed in 2014 where its founder, Tommy Cooper recruited an all-star cast of performers including Rachel Decker, Craig Roy, George Dimitrov and Tom Pearce whose collective resumes include work with The HoneyBees out of Chicago, Nick Curran, and Central Florida icons Hindu Cowboys and Rocket-88.  Tommy and Rachel’s impeccable vocal harmonies capture the essence of great duos of the past, reminiscent to the likes of the Everly Brothers and Louvin Brothers. 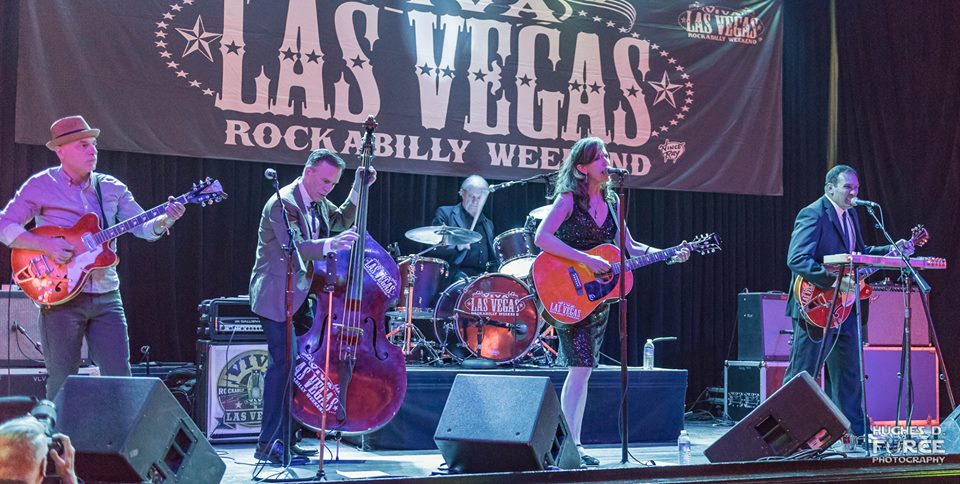