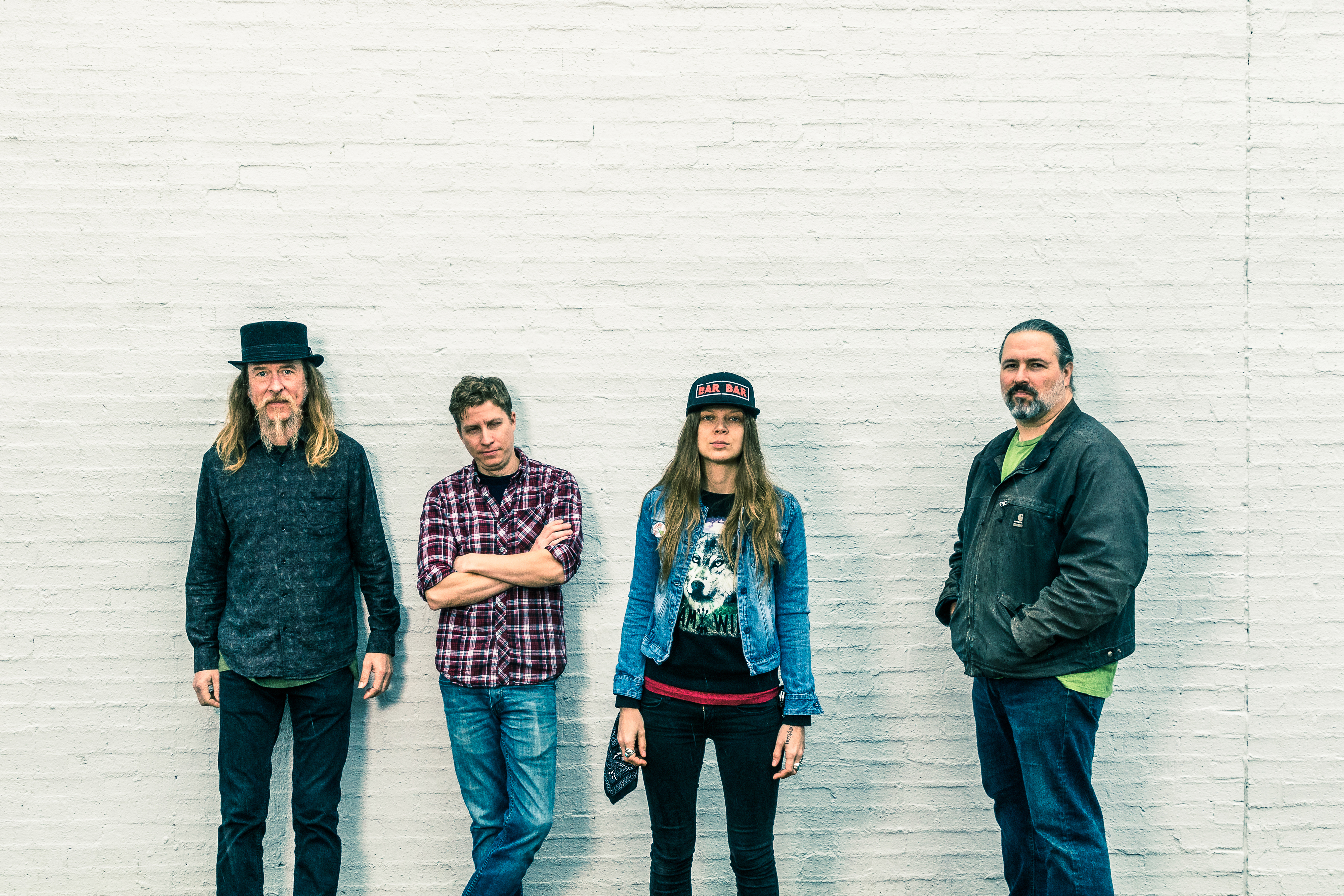 This is outlaw country in the classical sense — hard-driving songs about hard living and deep regrets. Shook leads the way with forthright lyrics that refuse to give her a pass for the pain she’s caused others — or vice-versa. — Wide Open Country

Her cussed-minded delivery and blemishes-and-all defeatism [is] the perfect complement to her band mates’ hillbilly choogle. — Rolling Stone

With Sarah Shook in the mix, hard core country is alive and well, and dangerous as all get out. — No Depression

Sarah Shook & the Disarmers are a Country band out of North Carolina that wear its Rock’n’Roll smirk like a tattoo…[and] sing for sad smiles and hard-luck tales.  — The Alternate Root

Honest to a fault and as foul-mouthed as a drunken sailor, she’s a nonconforming spitfire who’s proud of not fitting in with mainstream country music.  — Rolling Stone

Matt Woods and the Natural Disasters    – Matt Woods has been a great friend of WMNF and we are excited that he is bringing a band to WMNF’s Americana Fest.  His burly, emotional vocal stylings and impressive acoustic guitar work are only part of what happens when he is on the stage.A Matt Woods show isn’t just a set of great songs, it’s in-your-face theater–sometimes verging on a public exorcism. He breaks down the barrier between artist and audience; stepping in front of the microphone to shout (and sometimes whisper) his lyrics to the audience.  He’s a force of songwriting nature who can match his stories with inspired performances.

Hannah Harber and the Lionhearts  were one of the highlights at The Gasparilla Music Fest:

Orlando band Hannah Harber and the Lionhearts provided one of the best performances of the weekend, with Harber and company tearing through a set of twangy southern rock. Harber’s voice was a powerful gritty twang that matched her intensity onstage. With “Slow Leak,” the band erupted from a slow blues grind to hard rocking chorus, showcasing the band’s versatility. Harber and company play soft and soulful well, such as “Sorry Darling,” the mid-tempo rock song about alcohol abuse, but never go long without bursting into raw powerful rock.  – Glide Magazine

Hannah Harber’s Thursday night, late-August Rock the Hub set on a rain-soaked weeknight was the kind of rock and roll cave-bar experience one doesn’t forget, but holy shit did it feel even better in the blazing hot sun of the Florida “spring.”    Flanked by a four-piece band that included husband Thomas Wynn, Harber harnessed what felt like every ounce of the already existent country and rock inside of her and them amplified it tenfold during a set that was nearly tantamount to getting struck by lightning. I once saw Margo Price (then touring with a backing band she called the Pricetags) play GMF in this time slot, and I wouldn’t be surprised if one lucky break sent this Florida native on a similar path to success. —Ray Roa, Creative Loafing

Rebekah Pulley and the Reluctant Prophets   –  Rebekah Pulley and the Reluctant Prophets have a new album coming out this summer!  We have been waiting for it!    Her previous album TraLaLa was the msot played album on WMNF when it came out six years ago.  Rebekah’s sultry, seasoned voice has been described as jaw dropping, with a tendency to break your heart and shake your soul. Her songwriting, live performances, and recordings have wryly evolved, tapping roots-rock, blues, old-school country & western, jazz, and even gospel earning her 7 ‘Best Of The Bay’ awards from Tampa Bay’s own Creative Loafing. Her original songs are potent shots of reality, sugar coated in melodies that are the kind you wish you had found first. Rebekah was raised in a musical household on wheels (aka: Winnebago) with her nine siblings throughout rural Alaska, East Texas, and Washington State. A self taught guitarist, she gained an ear for music by listening to her father play his rockabilly style guitar with country greats such as Charlie Ryan with whom he recorded the original version of Hot Rod Lincoln.