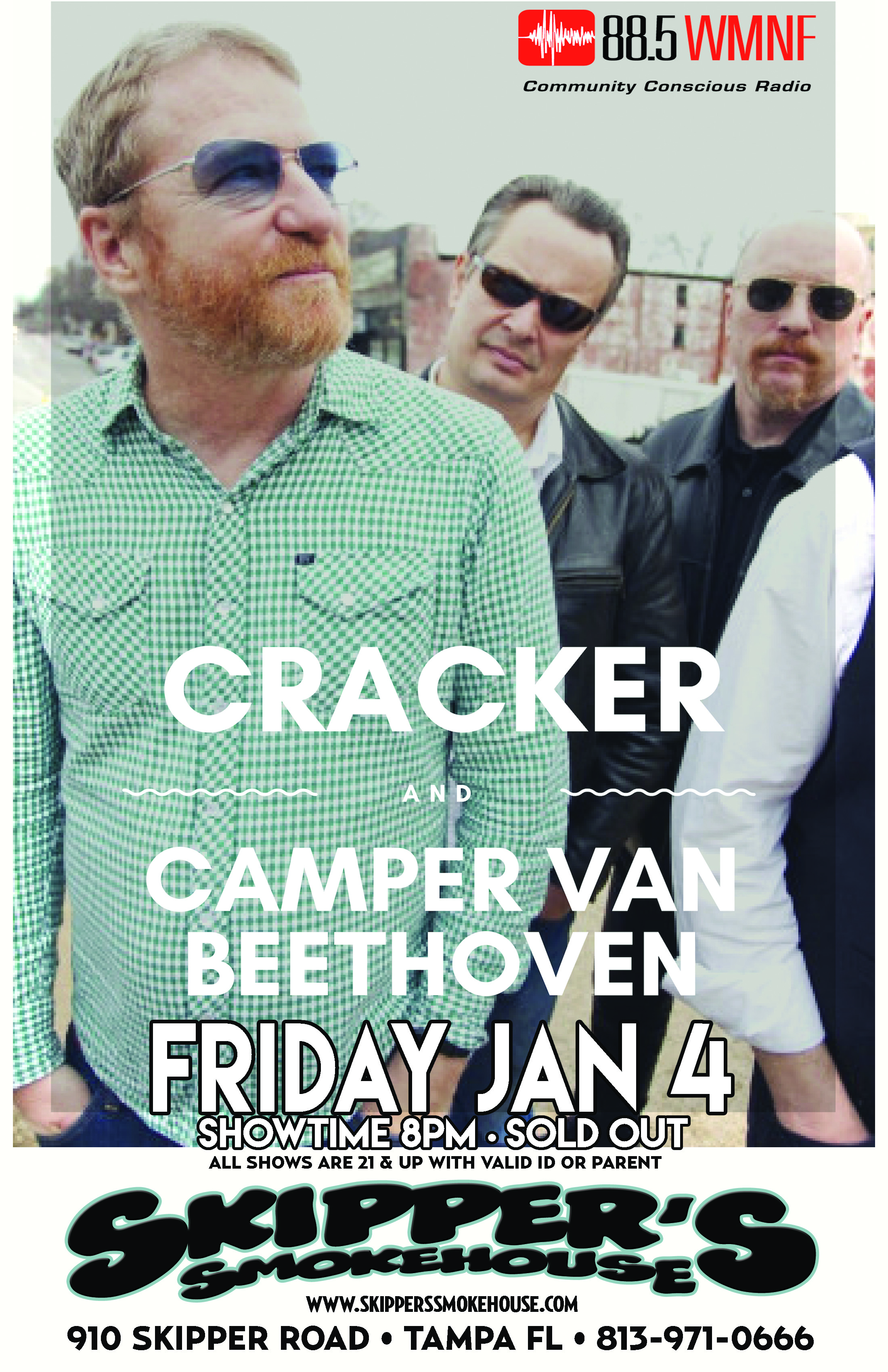 This evening celebrates the genius of David Lowery’s  35 years of creative music with the two innovative groups that he founded and leads.

Cracker is the group that veritably introduced brash irreverence and irony into alt-rock.   Their rich trove of sharp-witted songs showcases a bristling, late 70’s – early 80’s power pop punk aesthetic, which hits as hard as it did at the band’s formation in 1992.  A barrel full of anthemic hit songs later, Cracker endures, using their ability to weave decades of influences into music that is seamlessly riveting.

Camper Van Beethoven’s history begins in the mid-80s in Santa Cruz, California (up the coast a ways from Big Sur), when David Lowery and Victor Krummenacher formed the band, and—after Jonathan Segel joined the group–their jangly and stoned “Take The Skinheads Bowling” became an instant college radio staple. The band was one of the founders of the indie rock genre and one of the most eclectic bands of all time, known for a variety of folk, rock, punk, and world influences put into a playful blender.